This article was originally posted on Nov. 1, 2011 on my homebrew website, Fat Grey Tom’s Cider. It has been re-posted here with the same time stamp.

The Winter Spice Graff appears to have been a mistake. Graff, by itself, is great. Add raspberries (we added raspberry liqueur) and it tastes incredible, something you’d be willing to buy. 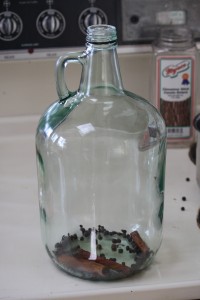 Allspice and cinnamon do not make the Graff taste good. In fact, the opposite is true.

Alas, when we added allspice and cinnamon, the Graff took a turn for the worst.

No, no, it took no turn. It went from being good to being an abomination.

We learned our lesson. Keep the cinnamon and spice and some things nice to the Apfelwein only.

I won’t put the recipe up because it’s not worth replicating.