It’s already 2017 and I’m not much closer to finishing Jake Highton’s five-year reading plan than I was when I started back in the summer of 2013.

I’d just been laid off from the Nevada Appeal, along with a part time person. I had the least seniority in the newsroom, so I was the one to get the ax and go on unemployment.

It was summer, I had a kegerator in the house and I lived next to the river in Reno.  I rode my bicycle up to the university to visit with my former journalism professor, Jake Highton.

Highton gave me two columns he wrote for the Sparks Tribune outlining the list of books, movies, music and plays he thought young journalists should consume, set to a plan of five years.

While I haven’t been doing much to finish off the list, I have made some progress.

At least two years ago now, I read Rachel Carson’s Silent Spring. Considered a masterwork in its time, I found a more critical reading of it took away some from the bluster it is normally buoyed with.

Although it is about environmentalism, chemicals, and the havoc we’ve been wreaking on the planet, I was really worried about some of Carson’s claims because they did not represent the whole truth.

I think the best example is her bemoaning of the havoc certain chemicals had on the lowly earthworm.

We all love earthworms, right? They’re fantastic. They do all sorts of things for the environment.

Except. Well, most of them are not native to North America, the place Carson was writing about. They vastly change the ecology, and according to the Minnesota Department of Natural Resources, they’re really bad, especially in forested areas. 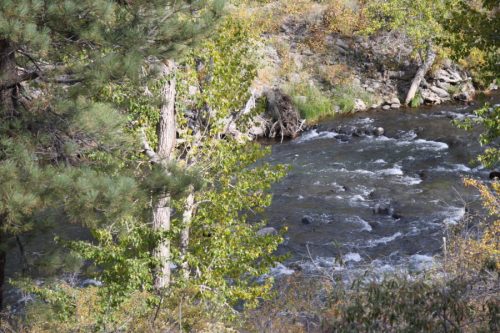 Farad Power Plant in California on the Truckee River

But Carson never acknowledges the lowly earthworm as an invasive species, or that it changes the ecologies of the places it is introduced to, or anything else. She only talks about how bad it is that chemicals are killing them.

While I certainly agree that the widespread use of chemicals is a bad thing, her complete and total lack of either understanding or acknowledgement of their invasive nature casts her entire book into doubt, at least for me.

As a critical reader, I now question every single premise she puts forth. I think to myself, what else is she holding back? What else is she ignorant about?

In short, her credibility is severely damaged for me, and as a result, so too is her book.

There are more examples, but, alas, I have lost or given away the copy I annotated.

Nonetheless, the only answer is to keep on, keepin’ on through Highton’s five-year list.