The below post outlines why I have a problem with writing such short posts. Because I feel the reader is owed more content. Because I feel a one-liner does not do the reader justice. However, I’m a human. Which means that I’m not always consistent about what I feel.
And I feel that what my host father, André, said about music deserves to be written down. And, I figure, to fluff it out I’ll write about the night.
Nothing spectacular, nothing involving recipes. Sad. Maybe I’ll write the cookies recipe down soon, with pictures! And maybe I’ll do the snicker doodle recipe too.

He (André) said 50 cent, the rapper, has created many perfect songs.

The night and day:
After a fight with the boy over cleaning his room, he cleaned his room, played computer for an hour as I went out to get bread and read the economist.
He contested that whenever I tell him to do X Y or Z before he may play the computer, I increase the workload or trick him and seemingly don’t allow him to play at all.
I said no, all I’m asking you to do is clean/tidy your room and when you don’t do it fully, me telling you to finish cleaning it is NOT me making more or new work up. It’s the same work he hasn’t yet finished.
I then said, arguing for me for 30 minutes merely detracts from the amount of time he’ll ultimately have to play on the computer.
I then (being the mature adult I am) suggested to him things he could do to finish tidying up his room, emphasizing that what I was suggesting was neither all he should do nor some kind of binding contract.
When Anja came home, she was happily surprised at how clean or tidy his room was. I punched him lightly in the back and said “Told you so!”

On buying bread: because everything’s closed on Saturday, I was asked to go buy bread. I did, however, the normal baker was out of bread. (It was also manned by a new-to-me employee with a slightly tepid attitude.) I went to the baker down the street in the Netto shopping complex. I walked back home and I saw Nadia on my way back, waiting for her bus with her two au pair kids.
We hugged, we talked. Life is apparently better with her, she’s taking free German classes (I don’t get how it works) and looking into doing a year of civil service here in Germany. We talked until her bus came — we said bye and I walked home.

After the parents came home, we got our cold weather clothes on and went to the Bio-Dad and his partner’s house for dinner. Theo, Ferdi’s half-bro and his mom (the partner) were there hosting us. We talked, drank wine, Theo showed me his (awesome) model train set. We ate, we drank espresso, I drove us home. I couldn’t really see out of the window for the first few minutes to to condescension.

We got home, after I had trouble parking (I have a hard time backing up in the dark when I can’t see out my rear window) and found the cat waiting for us. Ferdinand proceeded into some sort of pseudo-crying fit over his new bedroom furniture. Anja had suggested in the car that Ferdinand get their old bed — the parents are getting a new one becuase Anja had trouble sleeping on the old one. Mind you, it’s just Anja, but Ferdinand has the idea that this bed isn’t good enough for him. I think. But, it was past midnight and past midnight is not a good time to discuss anything with Ferdinand — he just needs to sleep and discuss in the morning.

Such is life.
And, because I round out posts, here’s a picture of a poster found in Tulcea, Romania: 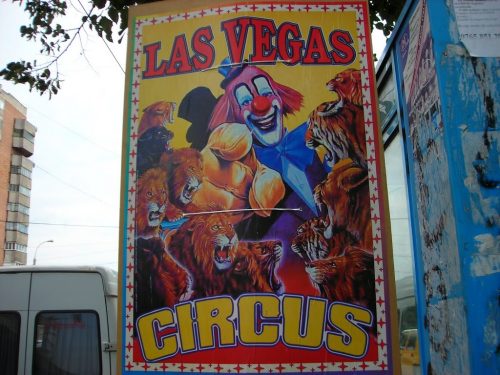 A note on alcohol in Germany