I may begrudge Santa Fe a lot of things: the lack of a Costco (marinated artichoke hearts by the three quarts), the over-all expensiveness, the lack of decent things offered on Craigslist and the subsequent over-pricing of thrift stores and ridiculous costs of things offered. Everyone seems to think torn-up couches are worth hundreds of dollars. Thrift stores, especially Good Will, think that coffee makers that cost $8 new at Walmart are worth $12-15 used.

That and the old white people. Going through Trader Joe’s is always some kind of terrible gauntlet, yet, I love Trader Joe’s, the wine, the tahini sauce, the pita bread. The gin.

All those gripes aside, Santa Fe has a pretty incredible movie scene, especially for a town so small. Hell, even for a large town. One movie theater is situated inside the university, another is a “United Artists” inside of a mall, yet a third was revamped and now owned by George R. R. Martin, although the screen is smaller than many in-home projections. And there’s another, one I have yet to go to, is the Center for Contemporary Arts.

The three arty theaters rarely overlap their movies, which is great. There are even foreign films, although, alas, rarely any German ones.

All of that preface because I went to see a film because it was set in Reno, although more appropriately, Reno and Sparks.

This Is Martin Bonner had an incredible score on Rotten Tomatoes, 92 percent. The audience rating was precipitously lower, hitting 67 percent, still a high rating.

I went in hoping for the best. It’s not the kind of movie, based on the synopsis, I’d normally see. Too benign. Too boring sounding. Reno, though. Represent.

The film is about an Australian who moves to Reno to help run a prison rehab program. Interesting enough premise. But the movie, the dialog, the plot all fall flat. The climax is hardly one at all and the movie just flatlines.

The filming is great, and the movie looks great. No shaky cameras, long single shots. Things I normally look for, enjoy.

Hartigan fills the film with shots of Reno. Anyone familiar will understand the very real grounding of the film. The Gold and Silver Inn, downtown, Sparks across from the white cylindrical oil refinement tanks (that’s what I’ve always assumed they are) paralleling Interstate 80.

All the characters are from out-of-town, which is an interesting and somewhat expected point. Native Nevadans are few and far between and often they come from the rurals.

Irregardless and despite the critics rave reviews. I thought it was a piss-poor film. Hartigan uses long shots of Reno scenery to take the place of dialogue, action and plot development, in another word: substance. We get it: the film is set in Reno (although it starts in Carson City at the Northern Nevada Correctional Facility.)

Ultimately, nothing happens. Life keeps on happening, without any really new meaning. The film feels like the first quarter of a much longer film, where something actually happens and characters are able to develop rather than have a series of somewhat unrelated overly-long scenes interlaced with shots of Reno cityscape.

As much as I want to love a film set in a city I love, for a myriad of reasons (Beto’s, Mt. Rose, Lake Tahoe, The Truckee River, the theater scene), I cannot. Nor do I see the point.

And now, here’s another picture of Derek up near Virginia City in the middle of summer in winter gear. 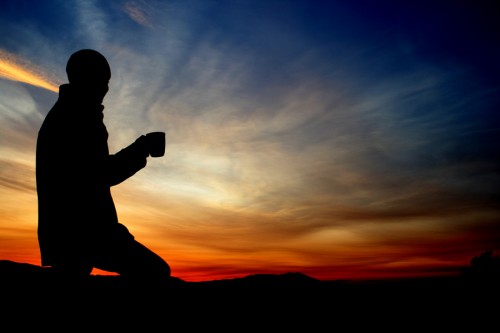