This review was originally posted on Goodreads.com and reviews.wheelerc.org on Dec. 7, 2014.

Despite the praise, Bettyville by George Hodgman is not particularly illuminating, it does not have a gratifying end and it is mostly a compendium of the same thoughts and scenes, slightly tweaked, repeated ad nauseum.

While Bettyville certainly had the potential to be poignant and illuminating, “gorgeous” as one author describes it on the back blurb, it squanders all of this potential by relentlessly repeating the same pointless scenes. Once is fine, five times is inane. 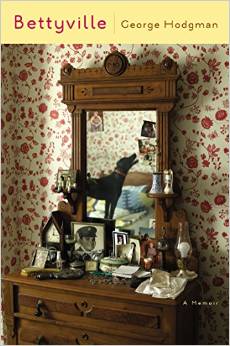 The second major problem with Bettyville is the complete and total lack of grounding. The memoir appears to jump back and forth through time and where we are on Betty’s descent into dementia appears to vary. Sometimes we’re near the beginning, sometimes near the end.

(Writing of ends, the book doesn’t have one, not even in the epilogue.)

The memoir gets interesting when Hodgman starts writing some new material. Either new scenes or experiences with Betty or his past descents into addiction or his firing from his last job.

Alas, these interesting bits are too few and far between and while they might get personal, it still feels as if Hodgman is holding something back.

Review – The UnDelightened by Bentz Deyo