This review was originally posted on Goodreads.com and reviews.wheelerc.org on Dec. 6, 2014.

Women’s Work is another entry into the post-apocalyptic genre, a surprisingly well written first novel for the author, Kari Aguila. It is an ideal novel, but, nothing much ever happens to make the idea worthy than more than a short story.

The problem with Aguila’s book is not what might be expected from her premise: following a world war and an effort of semi-global oppression of women by men, women take control of the non-functional central government. More importantly, the previously oppressed women take the reins of their local governments and become the oppressors under the guise of security in the face of roaming bands of evil, rapist men.

There are two major problems with Women’s Work. 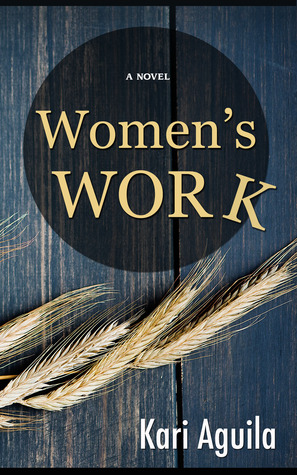 Please allow me a paragraph or two to explain. This is an idea novel. (Amazingly, there is no word I know of do describe this, despite novel names Bildungsroman, etc.)

We get quite a few hard-core misandrist characters, for various reasons. There are a few conversations about how what the women are doing to the men, just because it was done to them, does not make it right.

Again, there are a couple of back-and-forths. At the end, we are told that the boogey-men-rapists the women feared are real, because they burned a house.

We are never, and more importantly, the misandrist characters are never confronted with their foils.

The book just sort of ends, without there every being any true foil interaction. There is no real growth. Everything continues the way it was. As much as I like this kind of ending, a depressing ending, I do not like it when the confrontation never happens. Without a confrontation, from which a character refuses to change or grow, it’s just pointless.

Kudos to Aguila for writing the book. I just hope she can pull it off next time.