This review was originally posted on Goodreads.com and reviews.wheelerc.org on June 13, 2014.

Despite all the praise “Half a King” has been receiving, I found it to be sorely wanting.

My tendency is to blame it on being a young adult novel, something I only realized after I finished the book. That’s not fair to the genre.

“Half a King” is really half a novel.

It’s a mediocre start to what promises to be a series of some king, although what that will entail is unknown.

When it comes to the fantasy part of “Half a King”, there’s almost nothing at all. There’s writing of Elfen structures and some religious talk of the time between now and then, when the gods were shattered. There’re also some plotlines of the coming of a monotheistic movement. 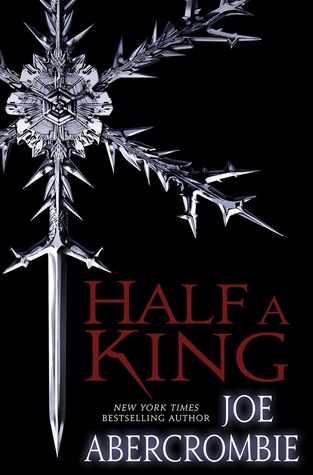 The book is labeled as “fantasy” but there are no fantasy elements that could not merely be attributed to a novel set in a post-apocalyptic landscape.

The book comes in 266 pages and it feels, sadly, overly long. It feels so overly long because there is very little meat on its bones. Far too much time is spent on a boat, then fleeing the people from the boat. Then, there’s a fight scene and bam! the stories done.

“Half a King” is a really boring novel start to a new series, one that could have even been done in novella form, considering how little actual content there is.

Not particularly worth reading until more books in the series come out and even then, it’s probably just worth a summary read.

Review – The Light in the Ruins by Chris Bohjalian