This review was originally posted on Goodreads.com and reviews.wheelerc.org on June 13, 2014.

(I adore short stories.)
These stories are utter rubbish.
Had they been written by men, the book and the authors would be excoriated for being misogynistic cretins obsessed with their own gender. As such, the book is filled with un-ironic slut-shaming, un-ironic figure-bashing, god-awful romance, some staying in an abusive relationship. Almost every single story is about or has a strong component of, why women need a man in their life.
It’s just crazy. He may screw around. She may not.

With that being written, here is a review of each story, in the order they appear: 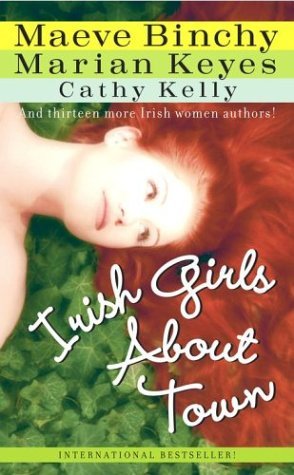 The perfect couple slowly grows old together until finally their house of cards, or possibly house of wood, comes crashing down around them much to the chagrin of their neighbors/classmates in the insular world of the story.
“’So was it a disaster?’” Peter begged Tim. ‘Did they try to kill each other?’
Watched by seven avid pairs of eyes, Tim shook his head sorrowfully. ‘They got on like a house on fire. They’re going to do it again in July.’”
That should properly set the tenor.
Along with the attendant yawn. Boring!

De-Stress by Joan O’Neil
Main character Alex is made by whom she is with, and her world will be fulfilled once her boyfriend proposes to her. Then he doesn’t. She smashes his entitled apartment (so mature, and, if a man had done it, we’d be rooting for him to be thrown into jail, the violent bastard that he is).
She dates a younger man, a fitness trainer, who gets her in shape. She consistently apes the behavior her ex-boyfriend exhibited: looking down on a partner she thinks beneath her station and age.
The age difference? Eight years. Get a grip.
Trash.

The Twenty-Eighth Day by Catherine Barry
Woman on her period loses her mind and her husband is a nice gent who puts up with her hysterics and lets her subtly torture her poor child.
Blah.

Thelma, Louise and the Lurve Gods by Cathy Kelly
The protagonist, living in the shadow of her much-more-beautiful friend, is so bitter she can’t see the beautiful hunk of Irish man-meat right in front of her when she goes on a trip to America. She’s also super needy and unable to extract herself from a harmful relationship.
Blah. Why not fall in love with an American man? Introduce an American trip in the first act, but then no American man going off in the third?
(Also, notice how important it is that the men be hunks.)
Bummer.

Your place or mine? by Gemma O’Conner
Irish by a house in the French countryside, try to build it up, a boring ending. One story that doesn’t reek of clichés surrounding the sexes but proves itself to be plodding.
Yawn.

A Good Catch by Mary Ryan
Girl gets duped by her former roommates pimp, her parents are so ashamed of her, etc.
Etc., Etc.

About That Night by Sarah Webb
“’I’m never going to meet someone,’ Shona wailed. ‘Never, ever, ever.’
‘Would you get a grip,’ Kate smiled. ‘The whole airplane can hear you.’”

They’re off to a wedding and she needs a man and there will be some revealing done at the wedding because you can see it a thousand miles away. Look at the title.
Blah.

The Cup Runneth Over by Julie Parsons
My most hated story, because I can’t tell if the author meant it ironically or not. If not, total waste of time. Women? Crazy bitches. Can’t handle jealousy. Can’t be OK with open relationships.
If it is ironic, too bad.

Carissima by Maeve Binchy
One of the not-horrible stories in the book. Deals quite a bit with having a man in your life, but too, about the evil families inflict on their own. Worth the read.
Read it.

The Ring Cycle by Martina Devlin
Does the title always have to give away everything? Lady can’t get rid of her ring. Boring. Get over it, yourself.
Annoying.

The Unlovable Woman by Annie Sparrow
Forty-six-year-old woman can’t see the (married) man in front of her so she continues to spiral downward, making bad decisions, and mixing up sex for love or affection.
Shrug.

Moving by Colette Caddle
Men are such whores. Settle.
Boring.

Review – Half a King by Joe Abercrombie

Review – On the far side, there’s a boy by Paula Coston