This review was originally posted on Goodreads.com and reviews.wheelerc.org on April 7, 2014.

Reviews aren’t done in a vacuum. This is especially true when a book has been out for a while and has been reviewed for a while. 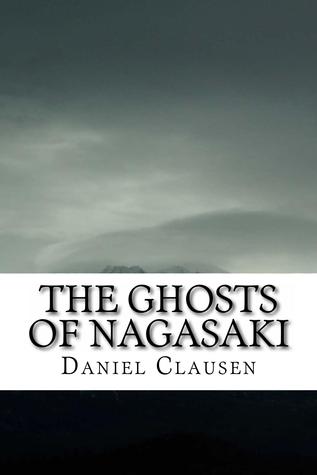 Most of the reviewers make great hay of the surrealism, of the book, its conceit of a person’s personal spirits both existing and being visible by others who, likewise, have their own spirits. Or personal demons. Or, baggage, as many of the more knowledgeable characters point out to the main character, a former English teacher turned businessman.

This making of hay (the author, in his email to me asking if I’d be interested in reviewing the book, also made great hay) over the use of personal spirits, metaphors and an expanded consciousness (There are more things in heaven and earth, Horatio, Than are dreamt of in your philosophy) is ridiculous.

The book has spirits. Enough said. Suspend your disbelief. We do it for Shakespeare, I think we can do it for Clausen.

I don’t see anyone making hay over the dead king’s ghost (was it really the ghost or a demon sent to tempt Hamlet?) so I don’t see why a few spirits and a metaphysical island should send every reviewer into a tail-spin tissy.

The main character, he’s a poor broken boy from a broken home who makes his way in Japan.

Him being broken, and his broken home, follow him, literally and metaphorically, until the dénouement of the book.
It’s very well written, engaging, and rarely dull.

The problems
The Ghosts of Nagasaki is not without its own problems. First and foremost, a choice of typography. Every paragraph break has a space underneath it. No, the book isn’t double spaced, but the paragraphs are. Makes for a jarring read, especially when double spacing between paragraphs, or quadruple spacing, is meant to signify a certain level of break in the context of the read. Then, there’s breaks marked by asterisks.

The second problem comes from the plotting of the book itself. The orphan did get shown some love, later on in his orphan time, and is now haunted by his past.

That past is alluded to, and presents itself consistently in the present. It is never fleshed out and remains, from what little the reader sees, to be weak.

The other haunting part of the main character’s past, his first foster home, remains shrouded in abusive mystery. Some creepy-religious hay making. Some uncomfortable situations. Nothing rises to the point where the reader, already suspending the corporeal reality disbelief, can justify suspending his disbelief in human relationships.

Saying the main character had a bad childhood doesn’t mean he did. Maybe that’s why he’s an unreliable narrator but, I think that’s a weak argument: I need to believe he was justified in his contention of a bad childhood. Throw in some beatings and bam! Pun intended, there’s a bad house to run away from.

Growth. Personal growth. Not enough of it for how long and somewhat uneventful a trip we’re taken on.

A great read in spite of its flaws. I do wonder, though, how well thought out each metaphor was. That is all.

The copy of the book reviewed was received, free of charge, from the author, ostensibly in exchange for an honest review.