This review was originally posted on reviews.wheelerc.org on Jan. 24, 2015.

While it’s enjoyable and illuminating to hear the women of the second-wave feminist movement talk about their lives and times, Dore usually misses the forest for the trees with much of the conversation and never makes her subjects dig a little deeper, probe a little longer to see what comes up.

The first major problem with Dore’s documentary is the cursory treatment given to the schism between the civil rights movement and the black women’s rights movements.

The seminal work on the subject, “Ain’t I A Woman” by Bell Hooks is entirely ignored, as is her entire message. (Black meant black men, white meant white men and woman meant white women).

Dore does touch on the schism, a little bit, but she never goes into either any detail worth noting or into any actually illuminating details. 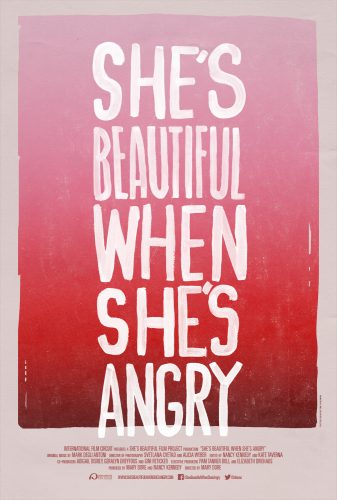 The black female activists talk, just a little, about how they formed their own movements and had to stand up to the men. This is ancillary and minimized by the white feminist movement leaders and speakers who did the exact same thing in their own respective groups.

The real forest for the trees moments, and theme in the documentary, comes from the issue of childcare.

The way Dore, and every single person she interviewed or was interviewed for the film (all women) believe that yes, childcare is one of the biggest issues.

While this is entirely true, it also entirely accepts the biggest anti-feminist and anti-equality sentiment that childcare is women’s work.

Providing affordable childcare is framed as a way of liberating women, ostensibly so they can work. Again, this idea is predicated on the larger idea that women should be taking care of children, not men. Accepting that idea is to entirely sidestep true equality and continue an unequal and sexist system.

Many, if not all, of the women interviewed say they want an equal society. Never are they challenged with what it means to actually be equal, like the dismantling of the gender roles surrounding the issue everyone espoused to be so important: childcare.

Too, I found it a bit misleading for the activists to talk about equality and striving for an equal world without touching on the thornier, and modern issues (for the movie does dive into modern times, however briefly through anti-rape protests) such as women in the armed forces.

The modern feminists (almost all women) march to tell the NYPD that rape is not OK. (It’s not). They march against the ideal that a victim has it coming based on what she’s wearing. I totally agree with all these points. Where I disagree, and one can see this coming from what’s already written above, is the gender of victimization. She, she, she. She is always the victim, which implies she is never the predator and he is never the victim.  (That and he is always the predator).

Like above, with the issue of accepting that childcare is intrinsically women’s work, rape is portrayed intrinsically as a male vs female phenomenon. (It is not. Predation does not know gender bounds).

Like above, the conceit is not challenged or even seen as anything more than the accepted reality.

I only wish Ms. Dore challenged our cultural preconceptions and challenged the women she interviewed as well. Without any challenge it feels a little bit too rah! rah!.

Review – The Witch of Painted Sorrows by M.J. Rose