This review was originally posted on Goodreads.com and reviews.wheelerc.org on Feb. 27, 2015.

Kudos to those people because they are ignoring the flip-side of do-nothing fiction: the multitude of books published that are, at their core and outer edges and everywhere in between, boring. Boring, boring, boring.

Winger’s entry into the genre takes place in a reunified Berlin, where she is living, partially alone, partially with her husband. He’s an American, but I, and likely you, wouldn’t have figured that out until halfway through. (I thought he was a German, with the italicized dialogue, and all.) 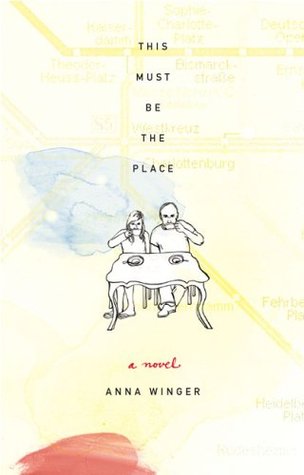 As other negative reviewers have noted, there’s this thing going on between Winger and her neighbor and it never consummates.
Boring, boring, boring.

About halfway through, I jumped on Goodreads and went for the negative reviews. (I always look at negative reviews; positive reviews rarely have anything of any value. Rah rah! has no value.)
Sure enough, they told me, nothing happens. I then started skimming.

Being a former ex-pat myself, I had little sympathy for the main character. She barely goes to German class, complains that all her classmates hate her because she’s both an American and a woman. Yet, she never tries to get into a different class in the same school or go to a different language school. (Berlin is a big town. I cannot fathom them having only one Volkshochschule for the cheaper people and Goethe Institutes for the wealthy.)

Also, the only former East German character is really a dick, a foil to the West German counterpart. He’s all America-hating and the main character never stands up to him. Having lived with former East Germans, they might be cold, and I had the same experience when it came to other people hating American foreign policy, but I never once experienced the kind of ridiculous behavior Winger has her character encounter.

I did not suspend by disbelief.

Another thing that I did not suspend my disbelief for: the neighbor, whom in a normal novel the main character would have had an affair with, is 39. I only found this out on page 107. All other readings lend to a man in his mid-50s at the earliest.

As a former ex-pat who lived in the post-reunification former East Germany, I get a lot of the references Winger makes in her book. Cilantro? Germans hate it. (She doesn’t mention the non-existence of jalapenos, or any peppers.)

“’I’ll make you salsa if I ever track down cilantro in Berlin,’ she said. ‘I make really good salsa verde.’”