This review was originally posted on Goodreads.com and reviews.wheelerc.org on Sept. 4 2014.

With a name like H. P. Mallroy, with both her first and middle names obfuscated, one would think she would at least try to live up to the paranormal credentials she is, admittedly, inadvertently throwing out to the world.

Alas, alas, alas, she does not. Rather, she offers up a repetitive, lackluster and ultimately boring romance that isn’t really a romance, but more a story of never-quenched lust dressed up as romance. 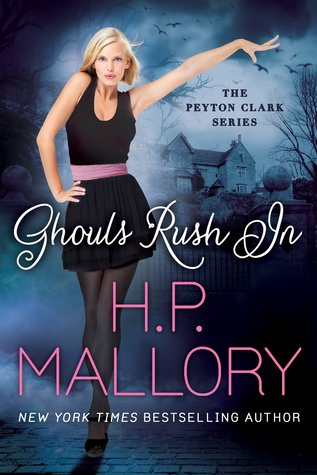 Please allow me to first knock the book, as a printed object. It could entirely be just my copy, but on every other page, the text is, half way through the page, misaligned by a few millimeters, which makes it hard to read because every half line it breaks. Further, whoever wrote the back blurb for the book is just an idiot and has never learned the term false advertising, or that it’s bad.

Well, she’s not. The backing then goes on to promise a choice: she wants the general contractor of her (unrealistic) old-house remodel, but, she can’t get that ghost “out of her dreams, or her heart, as she begins to uncover the frightening truth behind his death a century ago . . .” DUN DUN DUN!

Except, none of that is true. Faux spoiler alert! The back of the book lied.

She can get him out of her heart. (It’s not a choice between the two lust interests) and we never find out the “frightening truth” behind his death. Or, if we do, I forgot it, because it wasn’t frightening, or even interesting or relevant.

Peyton has brown eyes. The girl on the cover has blue eyes. We find this out in the first 3-4 pages. C’mon publisher! Which is to say, C’mon Amazon.com! The author is billed as a New York Times bestseller, but, she can’t even get a book competently designed or correctly printed.

Next up, the unrealistic situation: Magically inherits a house after she gets out of a bad marriage (she was an emotionally abused trophy wife who resented the attempts to be kept at a trophy status, which caused lasting psychological harm). She has unlimited quantities of money and flaunts it. Makes me want to dislike her.

Finally, I’m probably not supposed to harp on this point, this being a romance novel and all, and therefore immune to this kind of criticism but: reverse the gender roles and ask yourself, is that acceptable?

I think of it as the better version of the Bechdel test, one I will use in future reviews. Alas, this is only one of many.

“Maybe it was the mere chance that I could have been wrong, that maybe spirits did exist and one was busily existing in my upstairs bedroom. One that also happened to be incredibly attractive and charming, even if he was long dead. The more I thought about it, the more ridiculous it sounded . . . sexy, attractive, and flirtatious ghosts? Give me a break.”