This review was originally posted on Goodreads.com and reviews.wheelerc.org on Aug. 25, 2014.

I don’t normally subscribe to the Marxist camp of literary theory, but this mystery novel grated on my sensibilities until finally, after I finished it, the grating turned into a salient realization:

The Night Searchers is a screed, beckoning the top 10 percent to piss on the bottom 10 percent. The wealthy to lord their wealth and privilege over the poor. Not the super-wealthy, just the normal-wealthy.

I realize this is a vulgar thing to write, but it is an unfortunately true approximation of the book, its themes, its characters, its setting, etc.

We have Mrs. Sharon McCone, private detective, living in San Francisco and married to a man who runs some sort of similar agency.

Both are filthy, stinking rich. Multiple houses in multiple locations. Fancy sports cars. One house in San Francisco, with its bloated rents pushed higher by the likes of McCone. Two other houses, sitting unused, unneeded by them. They have the privilege to waste. (The reader, I suppose, is supposed to laude these marks of the main character’s wealth.)

(At this point in the review, I will cop to my dislike for very wealthy characters and the presentation of such. I find it to be unnecessary and the characters, more often than not, to be unlikeable or less likeable because of it. This excludes the escapades of aristocracy in novels of yore.) 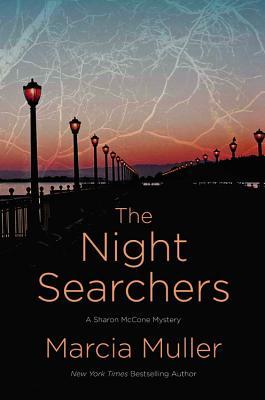 I will also now express my discontent with the printing of the book: huge one-and-a-half spaced print does not justify this book’s 290 pages, with blanks for each new day. It’s longer than a novella, but not by terribly much. I’m frankly impressed at the publisher’s ability to string it out over so many pages.

The other major flaw (before we get any further) is the entire plotline and the plot device used to make it all go round. Part of that device is pissing on the poor and part of it entirely broke my suspension of disbelief.

An urban adventurers organization is up to no good. (Run around the city, looking for clues to find a prize one of your fellow companions has hidden and written the clues for. Like a clue-heavy geocaching. They’re dangerous!)

Here’s a “psychologist” character talking about the “urban adventure” group to McCone. McCone replies.
“I don’t think you should underestimate the dangers presented by this . . . well, I hate to use the term cult, but essentially that’s what they are. Mixtures of various types of personalities, some dominant, some weak; some worldly, some naïve; some control freaks, some victims.”
“We’ve all seen the damage those combinations can do: the Manson Family, the People’s Temple, the Mormon separatists.”
“Yes, and if some factor disturbs the mix, tips the scales, it can lead to serious trouble. If I were you, Ms. McCone, I’d be very careful in your dealings with this group.”

She what she did? She set up the geocaching group to be the equivalent of cult-of-personality based murder-centric groups. Honestly, I don’t see why Ms. Muller, the author, didn’t throw the Nazis into the mix, or maybe the savages from Indiana Jones and the Temple of Doom.

When I think geocaching, or “urban adventure groups” I think “murderous fun.” Let’s also just ignore the fact that any and every group attracts all kinds of personalities. Just ignore it.

Worthy of your disdain
Please, let us dive deeper into the origins, the place, the class, the characters who make up this group, the collective villain of the novel. These low-lifes lead boring, pointless lives filled with monotony, usually done in boring service jobs.

(This is in contrast to McCone’s life of leisure mixed with professional adventure and para-police activities, all wrapped in a cushioning of ownership and domination over employees.)

The group’s most welcoming member has a single claim to fame: she believes (as do others) her father was abducted when she was a child. This belief (proven to be unfounded) is a great mocking-point for the main character, McCone, and by extension the reader. This poor woman is miserable and pathetic and believes in things we, the educated elite, could not possibly believe, because we know better (a consequence of the opportunities afforded us.)

Marlene Daniels, the group’s leader, she’s born in a home for unwed mothers, given up for adoption, lives her life in the foster care system and runs away from the final foster home at 16. Then, she’s a “street person,” when she “hooks up with” another member of the group, Zeronsky.

McCone exercises her para-police abilities (which we would cringe at if they appeared in the newspaper, both horrified and impressed at the willingness of the wealthy to use their power to physically control, harass, dominate the poor) to have Zeronsky, aka Zero, brought to her. Physically brought, against her will.

“’A lot of nerve you’ve got,’ she said in a deep-South drawl, ‘sending this ape to manhandle me.’ As she spoke, she reveleaed crooked, yellow teeth.
“This ape.
“Not only was she physically deformed, she was also a racist.”
McCone uses her own excuse of being hit on the head as a reason for the blatant kidnapping.
While I don’t agree with the term the character Zero uses to describe the man who kidnapped her and brought her to the very-rich para-police captor, please notice how she sets up that this is a racist remark: “deep-South drawl,” “crooked, yellow teeth.”

Obviously because she’s from the south, she has to be racist, and have bad teeth. It’s not like she’s been kidnapped by a rich private detective or anything.

Later on, we’re supposed to feel good about McCone making sure Zero may not leave the premises.

“Zero wasn’t going any place. To ensure that, I’d ordered a twenty-four hour guard on her house.”

At this point, we should all want this rich vigilante locked up.

Zeronsky. He’s on track for a PhD (philosophy) and drops out.

“’Now he works for a carpet installer and his old lady’s a clerk at Kinkos. No criminal record on either. They’re married, have no kids.’”
“’And both have boring jobs. Good candidates for the Night Searchers.’”

Please allow a little unpacking: Zeronsky ostensibly belongs to the main characters class. Educated, part of the elite, moving toward a respect society job of professor or something else that’ll hire a PhD. But he’s dropped out and he’s joined the adventure club.

The author has her character use the term “old lady” to refer to Zeronsky’s wife, a term often used in and associated with motorcycle clubs, and outlaw motorcycle gangs. This club, she implies, it’s like the Hell’s Angels. Selling dope, raping across the country, trafficking guns.

Both have service industry jobs, doing work that services those in the main character’s (and therefore, you, the reader’s,) class in expensive San Francisco.

Notice, too, the condescension from the main character. “boring jobs” making them good candidates for a murder-for-hire-and-fun group.

The author chose he words carefully to match with her theme. These people, these underclasslings who serve us, the elite, their entertainment is not enough. We, you the dear reader, me, the author, we have taken away the gladiatorial blood sport these service industry workers need.

Next up, Grizeldy, whom we get to know a little. She’s the abduction lady. Works at an insurance company, the same one, for 20 years, the same one she was “placed” at following her training.

Her job stability is to be disdained. It makes her want to join the urban adventure murderers group, in addition to making her boring.

“’Anything about her besides having held the same job forever, that uniquely qualifies her for the group?’”

Then we get the alien shtick.

Mick, filthy-rich nephew, describes how she, Grizeldy, claimed the dad was abducted. Ten years later, he gets arrested for serial bigamy. She sticks by the adduction story.

“’God. Another perfect candidate.’” The people whom the main character is researching in a rather unflattering and invasive way, well, they’re beneath her teenager-hates-her-parents disdain.

“God,” she says. “Another perfect candidate,” she says, to join an urban adventure and murder-for-hire group. She’s both worrisome and pathetic.

We go through even more characters. The point is, the one thing of value to Grizeldy is a plaque commemorating her father’s not-really-an-abduction-abduction. It’s important to her. When the main character, McCone finds it, it’s another reason to hold the lowly serf in high contempt. That and the condition of her house. (Mind you, it’s not like she can afford a maid and, really, she shouldn’t be taking up space rich, educated elite people could be taking up.)

If you, dear reader, are ready a plain, little, or ordinary life: you are worthy of all of our collective contempt. Just FYI.

Worthy of your envy

Her nephew, Mick Savage, and his buddy, Derek Ford, they’re geniuses. They sold their search engine to a giant company and a more state-of-the-art version of the aforementioned engine was going to go public in months.

He, too, is filthy stinking rich. And in case you didn’t know, let’s talk about that for a few more pages.

“Hy was known as the best negotiator in his field, but some of those types of tricky confrontations ended in bloodshed.”

No, no normal husband here. They’re a power couple.

Now we get to talk about her car.

“I paused to admire my new car before I got in. When my BMW Z4—sold to me by Rae, since Ricky insisted on buying her a new car every year on her birthday—was destroyed in the house fire, I’d been devastated. For years I’d driven and loved an old MG I’d owned since college, but I’d loved the Z4 even more. For awhile I drove rentals, and then Hy surprised me with a Mercedes SLK 350 roadster. Red, with a removable hardtop and a black ragtop.”

It’s not just her who’s rich, its her husband, her friend and her friend’s husband. And all this wealth, and all this privilege, keeps on circling back to them, and has to be pointed out to us, the poor reader, time and time again. I’m not sure why we must be told page after page of how filthy rich the main character is. We get it. She’s rich, she’s white, she lives in San Francisco and uses her privilege. We get it.

I think, dear reader, you get it by now. The rich should ever keep their feet on the throats of all those below them. We should allow them to do use by granting them the right to point guns at people, kidnap people, etc. The rich must always be allowed to assert their dominance over the poor, for it is their birthright.

Review – On the far side, there’s a boy by Paula Coston

Review – A History of Stone and Steel by Christopher Fisher