I have many problems with the book, on two separate levels: poorly plotted and ridiculous on the first level, badly designed and poorly printed on the second.

When it comes to the plot and the like, please believe the other reviewers with the one and two star ratings: the plot is so ridiculous as to be throw away. I’m all about the suspension of disbelief, but, this book pushes far beyond any galaxy I know of into the bounds of the stupid. An 18-year-old running a marijuana growing operation, who’s also a private eye, who has his own house and thinks like a 40-year-old man? Give me a break.

Original 18-year-old who is also an escaped guard killer? And no one is hunting for him? What is this, some kind of idiotic magical realism?

Here’s the other major problem with the book, more specifically, with the two mothers for one of the main characters. Ophelia (Greek) and Andrea (Raging bitch). Both of the women take actions that are patently ridiculous. Combined with the other female adult characters, it looks pretty terrible. The adult female characters are either heroin whores, greedy whores or raging, crazy bitches. Also, most of the female adults are misandrists. While this is certainly a viable viewpoint for one character, for all the adult females, it gets tiring. 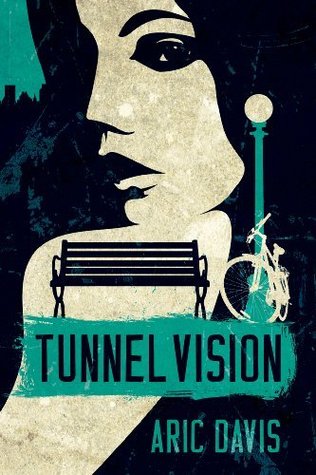 We get it. Lesbians are all man haters, and they hate men together and they’re trying to brainwash all their daughters to hate men, too.

We got it. Now stop.

Now, as to the printing: shame on you, Amazon! Shame on you.

Shame on you, Mr. Davis. This is apparently the second book in a series about one of the characters, named Nickel. Reading the book, you would have no idea. Going through the front and back pages of the book, you’d have no idea either. Other books by the author are listed on a single page, but they are, in no way, linked to this book. As if all of his work is standalone.

The cover design is spot on. Kudos.

As to the printing, this is the second Amazon printed book I’ve reviewed that I noticed had major problems with the actual printing. On most every page, near the outer edge, the press was a quarter of a letter off. Makes it unpleasant to read and it really just unprofessional. Get it together, Amazon. Please.