Thanksgiving is in just a few days so here are some Thanksgiving cooking columns and recipes, for one person, a few people or even a bevy.

Next up is the gravy. I like to make my gravy ahead of time, and add in the pan drippings, because there’s nothing worse than not having enough gravy on Thanksgiving. Then again, I love gravy. 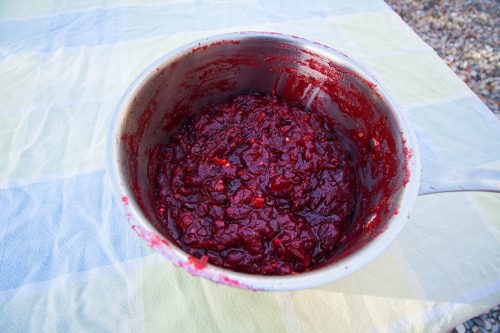 It’s mostly about the taste, but somewhat about the presentation.

Cranberry sauce (or relish) is usually a dish reserved for Thanksgiving, Christmas and any other time you’re serving a turkey.

Whatever the occasion, cranberry sauce is one of the dishes you should make before before roasting the turkey, along with stuffing and most of the gravy.

Now, before you entirely discount this recipe, being spicy, I can attest that it was one of the biggest hits from Thanksgiving 2017. The fact that spice is a part of what would normally be a sweet dish adds some to the allure.

It’s also very easy, although how cheap depends on if you can get cranberries on sale.

It’s essentially your regular cranberry sauce recipe (which will gel in the refrigerator) with the addition of lemon and lime juice, a little ginger and some jalapeños.

The biggest pain in the recipe is making sure to keep mixing the ingredients, while they are on the stove, to keep them from burning. 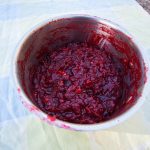 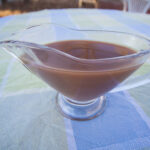 This make-ahead gravy assures there will be plenty for the meal and beyond
Course: Side Dish
Servings: 1 quart
Author: Wheeler Cowperthwaite 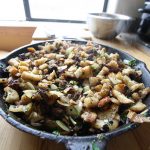 Sourdough, sage sausage and bok choy are the keys to this simple but delicious stuffing.
Course: Side Dish
Author: Wheeler Cowperthwaite